GPR is a non-destructive technology with almost endless locating capabilities. From safely scanning concrete to detecting non-metallic utilities to uncovering the condition of buried assets, GPR has become a staple for engineering, environmental and construction projects, large and small.

Ground Penetrating Radar (GPR) is an effective technology for locating non-conductive utilities and underground anomalies. GPR should be leveraged when non-metallic utilities are believed to reside in the project area such as plastic, fiber optic, water and concrete sewer lines, in addition to foundations, ducts and chambers. GPR data can yield a cross section of subsurface utilities and can also be depicted three dimensionally in the right conditions, providing data on the estimated depth of utilities. This data can then be integrated with information generated from Electromagnetic (EM) Induction techniques to provide a complete picture of subsurface utilities and highlight conflicting information.

GPR is a non-destructive technology that works by transmitting high frequency radio waves into the ground or structure and analyzing the reflected energy to create a profile of the subsurface features. The reflections are caused by a contrast in the electrical properties of subsurface materials which can be indicative of changes in lithology, water content, void spaces in the ground, rebar or post tension cable corrosion, asphalt deterioration or made features such as foundations, pipes and cables, storage tanks, graves, etc. The radio wave is transmitted at regular intervals as the GPR unit travels along a survey line. For each transmitted pulse, the resulting reflected energy from the subsurface is recorded and manifested as a single radar trace. These individual traces are stacked side by side as the data is collected to build up a cross-sectional image or profile of the subsurface.

High frequency GPR antennas (1000 MHz or greater) are most commonly used for scanning concrete structures to detect the location of embedded structural elements (rebar, post-tensioned cables, beams) and embedded utilities (primarily electrical lines, telecom/security cabling). Maximum penetration depth in concrete is generally in the 12-16” range (30-40 cm) for the 1000 MHz system. If slabs are greater than 16”, scanning from both sides may be necessary or a lower frequency can be utilized.

Applications for High Frequency GPR include:

Medium frequency GPR antennas (500-250 MHz) generally reach a penetration depth of 40cm-3m. Units within this range are commonly used for subsurface mapping and utility locating. These systems provide the optimal balance between depth of penetration and resolution. Resolution refers to how close interfaces can be to one another and can still be identified as separate interfaces.

Applications for Medium Frequency GPR include:

Low frequency GPR antennas (250 MHz or lower) are generally used for geologic investigations and for finding large structures buried at depths greater than 3m. The targets are either laterally extensive, flat-lying to sub-horizontal reflectors such as bedrock interfaces, stratigraphic horizons or large structures such as industrial process pipes and sewers. The equipment for these types of surveys is modular in nature and can be moved manually in rough terrain or mounted on a cart in smoother terrain.

Applications for Low Frequency GPR include:

To learn more about Ground Penetrating Radar (GPR), check out this video from our valued equipment supplier, Sensors & Software: 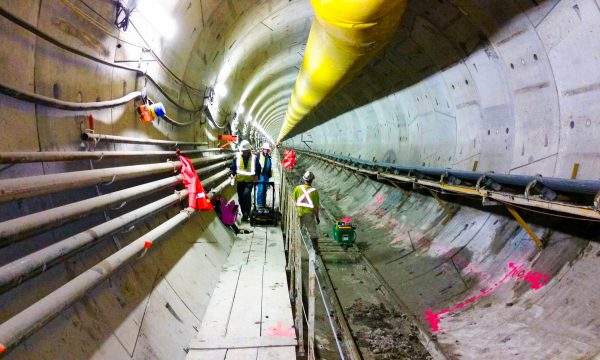 multiVIEW was pleased to contribute to the latest issue of Canadian Underground Infrastructure.  In this article, Kevin Vine, President of multiVIEW describes how Subsurface Utility Engineering (SUE) plays an integral role in the design phase of large Rapid Transit projects….

END_OF_DOCUMENT_TOKEN_TO_BE_REPLACED 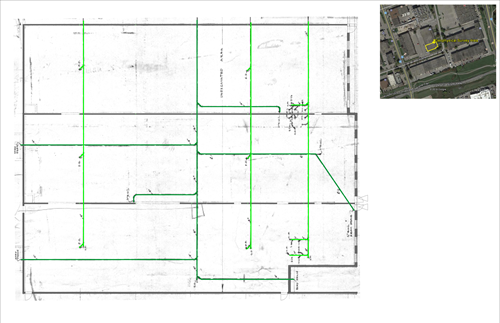 Challenge Harrington & Associates, a construction management company based out of Richmond Hill, was carrying out renovations at an industrial warehouse in North York and needed to ensure that no buried utility services existed where excavation and sawing was planned….

END_OF_DOCUMENT_TOKEN_TO_BE_REPLACED 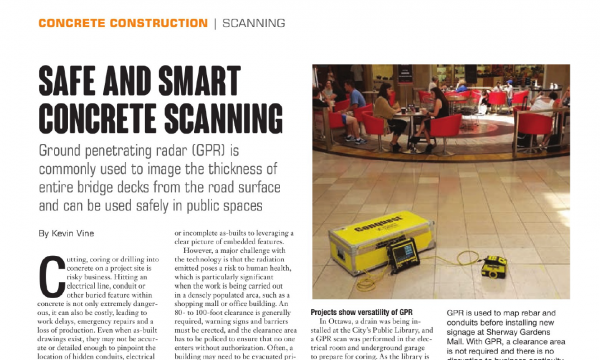 In the latest issue of Heavy Equipment Guide, Kevin Vine, President of multiVIEW discusses how Ground Penetrating Radar (GPR) is being applied for everything from imaging bridge decks to safe concrete scanning in public spaces. He also discusses the advantages…

END_OF_DOCUMENT_TOKEN_TO_BE_REPLACED 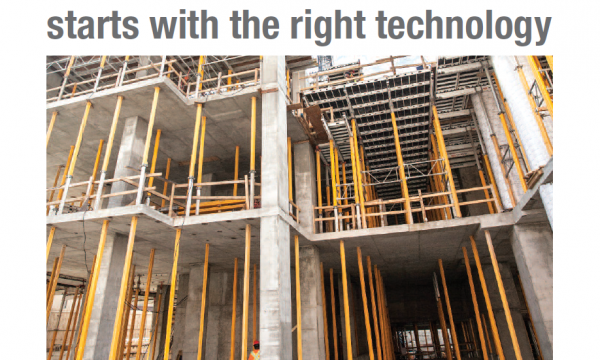 Today it is common knowledge that the key to ensuring safe cutting, coring or excavation is to start with a scan or locate to map out buried objects and identify potential hazards. Traditional X-Ray technology is largely being replaced by…

END_OF_DOCUMENT_TOKEN_TO_BE_REPLACED

In the latest issue of Ear to the Ground Magazine, Kevin Vine, President of multiVIEW discusses the growing role of Subsurface Utility Engineering in reducing risk and informing the design of large construction projects, including the Union Station Revitalization. >>Read…

END_OF_DOCUMENT_TOKEN_TO_BE_REPLACED

Over the next 20 years, 200,000 new residents are expected to move to Ontario. Congestion in the GTHA is a mounting challenge and existing infrastructure will be incapable of supporting projected future growth. As such, Rapid Transit projects including LRTs…

END_OF_DOCUMENT_TOKEN_TO_BE_REPLACED

Background An engineering firm retained multiVIEW to perform a geophysical survey. The primary objective of the survey was to map the spatial position of any buried metallic objects that may occur within the investigation limits. The secondary objective was to map…

END_OF_DOCUMENT_TOKEN_TO_BE_REPLACED

As your partner in Utility Damage Prevention and Inspection, we’ve defined core values that drive our operations and form the basis of everything we do.

We’ve achieved a unique position in the marketplace based on decades of experience, which allows us to provide added value to our customers.

Our strategic approach to resourcing fosters scalability, flexibility and rapid response times. We’re here to support you 24/7, and no project is too complex.

We foster a culture of continuous improvement through comprehensive internal and external training. Our Health & Safety culture is backed by our HS&E Manual.

We’re guided by our Quality Management System (QMS) and our team of experts executes all processes with the highest regard for quality.

A full suite of Utility Locating services backed by a focus on Safety, Quality and Customer Excellence.